One Plan, One System for New Zealand

Minister for Agriculture Damien O’Connor recently said if New Zealand is to continue to flourish on the world stage it needs ‘one plan’ for farmers that will enable them to prove their products are sustainable.

Fortunately, New Zealand has already quietly invested $25 million of taxpayer funds into a farmer-centric system that will make the adoption of any ‘one plan’ far simpler, quicker and positive for New Zealand’s farmers.

If you stand back and look at a farm business today, it is easy to see why anyone on the land could be having trouble sleeping at night and feel like a one-handed juggler by day.

The array of demands hitting farm businesses today has grown exponentially from even five years ago.

Farmers are now grappling with a multi-headed beast of compliance. Overseas competitors are also upping their game. Ireland is working hard on its Origin Green initiative that has achieved a nearly 90% farmer sign up, in only three years.

The pressure on farmers is intense and reflects in some sobering statistics around farmer confidence, and even mental health.

Take the Federated Farmers farmer confidence survey that put 39% of farmers as feeling pessimistic about their industry’s future. This is despite relatively robust returns for all pastoral sectors over the last 12 months.

Meantime, rural suicide statistics are a national tragedy and have been for some years, despite the best efforts of groups focused on mental health.
It seems the apparently idyllic nature of New Zealand’s agricultural landscape is tough, stressful and often unappealing to those who have committed their careers and lives to it.

There is a sense of siege within New Zealand’s pastoral sector that comes as much from a sense of being overwhelmed by these demands as it is from a sense of frustration at not being able to deal with them in a single-solution approach.

Instead, smart phones are cluttered with apps of various capability to do part of the job, paperwork is having to be entered in farm laptops, and doubling up, or even tripling up on recording is consuming valuable farm and family time.

Minister for Agriculture Damien O’Connor recently said if New Zealand is to continue to flourish on the world stage it needs ‘one plan’ for farmers that will enable them to prove their products are sustainable.

This plan, while still being formulated appears to be moving towards encompassing all aspects of farm compliance around staff, land and animals.
The good news is it appears government is starting to recognise that such demands cannot be placed on the country’s most valued export sector without having a ‘farmer-centric’ means to deal with the information and data such expectations bring.

Business Insider Intelligence estimates that 1.0 million data points will be generated every day on farm by 2022, compared to only 100,000 in 2014. It is an eye watering amount of data to manage and interpret.

Fortunately, New Zealand has already quietly invested $25 million of taxpayer funds into a farmer-centric system that will make the adoption of any ‘one plan’ far simpler, quicker and positive for New Zealand’s farmers.

Seven years ago the FarmIQ Primary Growth Programme (PGP) kicked off as one of the first PGP programmes.

Eight years later it has delivered the pastoral sector a ‘one stop’ farm software system, proven and ready to go for farmers across the sector.
With such significant investment already made, there is little need to return to reinventing the wheel as the sector grapples with holes in existing systems, particularly NAIT’s system.

Having such a software ‘clearing house’ developed with New Zealand farmers firmly in front and centre throughout its life is something of a world first and sets New Zealand pastoral farmers up to handle the massive demands wearing them down.

A ‘one stop’ system, easily managed brings advantages within and beyond the farm gate.

Beyond the farm gate ‘NZ Inc’ benefits with a system that can assure customers that New Zealand farmers are offering products that are sustainably produced and can be proven so through an auditable system.

Within the farm gate farmers can easily access data on animal growth rates, fertiliser levels, and staff performance, to help them farm more efficiently and profitably.

Into the future, as more farmers collect data, the power for NZ Ag to become even more sustainable and profitable grows.

FarmIQ already has 40 million animal weights in the system and every aspect of six million animals’ farm lives are known and recorded.

With the growing power of Artificial Intelligence to interpret so much data, the ability of machine learning to recommend the most effective treatments and management practices will only grow.

This is far more effective than trying to extrapolate results from relatively tiny field trials carried out in one isolated geographic spot.

The threads of New Zealand’s agricultural farm systems are now many, but FarmIQ offers the needle capable of threading it all together into something usable on the farm, and beyond, with no extra cost to the country.

As a nation we’ve done an amazing job to get this far, this fast, leaving almost all other countries in our wake. We’re lucky, we’re small, nimble and we... END_OF_DOCUMENT_TOKEN_TO_BE_REPLACED

Change happens slowly in the ag sector, it’s part of its charm. However sometimes things happen that drive change in ways never previously known and... END_OF_DOCUMENT_TOKEN_TO_BE_REPLACED 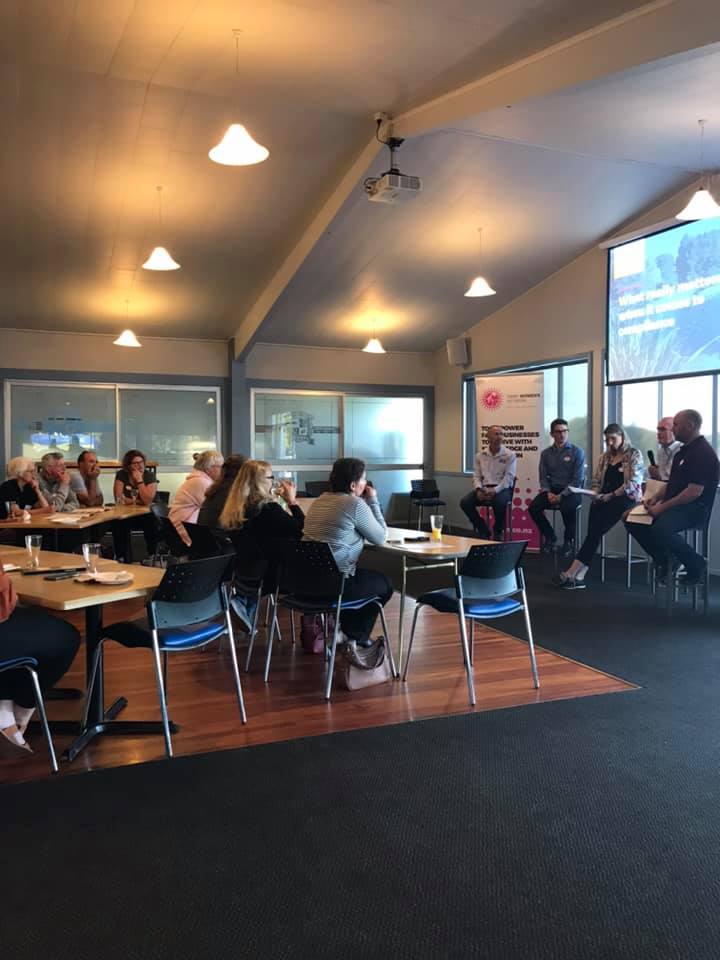 With the help of our friends at Dairy Women’s Network, we recently ran a Q&A panel discussion in Morrinsville to explore the compliance challenges we... END_OF_DOCUMENT_TOKEN_TO_BE_REPLACED